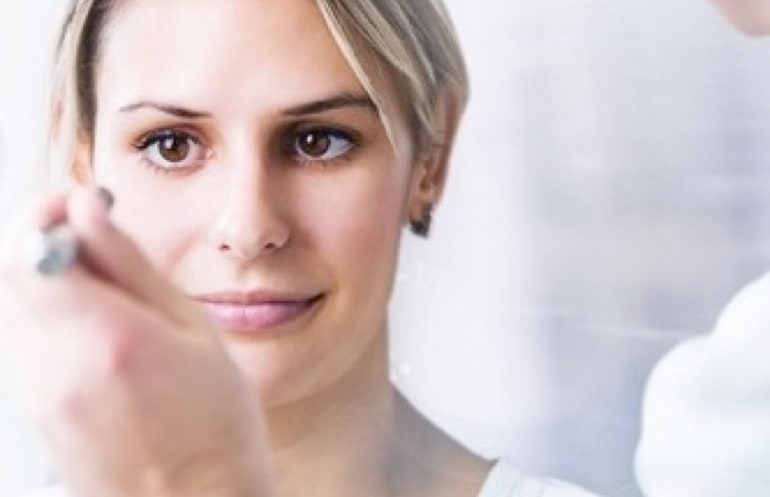 GAL-201: Next generation molecule derived from GAL-101 with improved pharmacology and pharmacokinetics. Now in preclinical development for oral administration, designed to deliver to the brain, eyes, and elsewhere for neuroprotection and improved neural function in retinal diseases and Alzheimer's disease, among others.

Glaucoma is a neurodegenerative disease characterized by progressive loss of retinal ganglion cells (RGCs) and their axons and results in structural and functional damage to the optic nerve, visual disability, and eventual blindness. It affects around 2 percent of the population, increasing with age to 8 percent at the age of 80. Although drug, laser, and incisional surgical treatments are available to lower intraocular pressure, many patients continue to progress and glaucoma remains the world's second leading cause of irreversible blindness. Increasing life expectancy globally increases the number of individuals with the disease and the duration of time they have it, which in turn results in more glaucoma-related disability and personal and societal burden. Given these issues, there is a clear unmet need for a new treatment to improve effectiveness in slowing or halting progression and to improve visual function, whether as a supplement to IOP management, or on its own.

Age related macular degeneration (AMD) is a neurodegenerative disease that affects about 1 in 4 adults over the age of 65, and 1 in 3 over the age of 75. It is estimated that there are currently around 200 million patients suffering from AMD globally. It is the leading cause of adult blindness in the US and industrialized countries. Most people with AMD have the "dry" form of the condition, in which retinal cells in the central area - the macula - slowly degenerate and die. The result is progressive difficulty with vision. There is currently no approved treatment for slowing down this progressive degeneration and ensuing vision loss. Any drug that targets a central cause of neural cell malfunction and degeneration may alleviate this unmet need and potentially help millions around the world. This is becoming increasingly important as the population ages, with a potential epidemic of AMD.

There are currently around 50 million predominantly elderly patients suffering globally from dementia. The incidence of dementia is increasing at an alarming rate, and has become one of the largest threats of the global health care systems and of modern societies. Alzheimer’s disease (AD) is the most common form of dementia and is characterized by progressive cognitive impairment. The precise etiology of AD is still not fully clarified with a notable overlap between familial and non-familial forms. The pathophysiology of AD is characterized by chronic, progressive neurodegeneration, which involves early synaptic dysfunction, loss of neuropil, neurotransmitter disturbances, accumulation of extracellular amyloid β (Aβ) deposits, hyper phosphorylation of tau, intracellular neurofibrils, and gliosis. At early stages of the disease, the entorhinal cortex and hippocampus are particularly affected and this is associated with cognitive deficits. At later stages overt neuronal loss and associated brain atrophy are observed. Over the course of AD, up to 80% of neurons in the hippocampus die, and the progressive symptoms of AD manifest themselves as cognitive disturbances, behavioral disturbances and reduced ability to cope with everyday life.

As first described by Alois Alzheimer himself, one of the key histopathological hallmarks of the AD brain is the presence of extracellular ‘amyloid / senile plaques’ around neurons and glia. Aβ peptides are thought to underlie early synaptic pathology and cognitive impairment. Amyloid plaques are insoluble, quasi-crystalline deposits, the main component of which is Aβ, a peptide most commonly 40–42 amino acids in length. Aβ1–40 is the most prevalent form of Aβ, but the Aβ1–42 form has a higher propensity to aggregate and is greatly enriched in amyloid deposits.

More recently, other forms of amyloid peptides came into focus as potential key participants in the pathology of AD due to their abundance in AD brain, high aggregation propensity, stability, and cellular toxicity. Biochemical studies showed that in AD Aβ peptides can undergo posttranslational modifications. Among these, pyroglutamate-modified Aβ-(AβpE3) and nitrated Aβ (3NTyr10-Aβ) have been described to enhance Aβ aggregation in vitro and also exert increased neurotoxic effects.

Aβ is produced via the amyloidogenic pathway by the enzymatic cleavage of amyloid precursor protein (APP) by β-secretase (extracellular cleavage) and γ-secretase (cuts in the middle of the membrane) whereas cleavage by α-secretase precludes formation of Aβ. Due to its neurotoxic effects and accumulation, resultant from both excessive production and impaired clearance, Aβ is believed to be a crucial pathogenic factor in disease development, both in familial and non-familial forms of AD.

In contrast to the hypothesis that the full manifestation of AD pathology is initiated by the accumulation of insoluble polymeric plaques in the brain it is becoming increasingly accepted that soluble, aggregated Aβ peptides (here referred to as soluble Aβ oligomers), may be the more neurotoxic species and are primarily responsible for both the neurodegeneration and especially the impairment of synaptic function in AD.

Soluble oligomeric forms of Aβ were first described in the early 1990s, but it was not until 1998 that they were recognized to be very potent neurotoxins, leading to rapid inhibition of long-term potentiation (LTP; an electrophysiological correlate of learning and memory).

Multiple oligomeric forms, including small oligomers (dimer, trimers), dodecamers, Aβ*56, Aβ globulomers and amylospheroids assemblies have been proposed to contribute to synaptic dysfunction and neurodegeneration. To this day, the exact assembly state(s) and conformation(s) of the particular oligomers that are most toxic is still not clear. Some researchers believe that dimers and trimers are the main synaptotoxic species, while others favor larger / dodecameric species. The name amyloid β-derived diffusible ligand (ADDL), coined in the work of Lambert et al., was designed to emphasize the ability of these soluble oligomers to act as specific neurotoxins and to distinguish them from insoluble, fibrillar amyloid peptide aggregates (i.e., amyloid plaques).

Aβ oligomers have been widely reported to be involved in synaptic malfunction, LTP impairment, and memory / cognitive deficits. Aβ oligomers were also found to impede the reversal of long-term depression (LTD).

Aβ oligomers are now believed to impair neuronal function and cognition, even before the appearance of overt toxicity. Logically, an early reduction of soluble Aβ aggregates in the brain may be critical for preventing and / or reversing AD-related dysfunction.

The mode of action of Aβ oligomers is proposed to involve specific binding to post-synaptic proteins (receptors). Candidate receptors that have been postulated as potential targets for soluble Aβ oligomers include the p75 neurotrophin receptor, neuroligin-1 (NL-1), the α7-nicotinic acetylcholine receptor (α7-nAChR), the cellular prion protein (PrPc), and glutamatergic receptors (NMDA and mGluR5). The binding of Aβ oligomers to postsynaptic receptors triggers synaptotoxicity by a series of events to cause cellular dysfunction and neuronal death by activating different signaling pathways.

Given the detrimental effects of Aβ oligomers in AD, pharmacological antagonism of their actions is expected to be therapeutically beneficial. Aβ oligomers can be antagonized either by preventing their formation (e.g. inhibition or direction of Aβ aggregation), neutralizing them with antibodies and / or by interfering with their interaction to neural receptors.