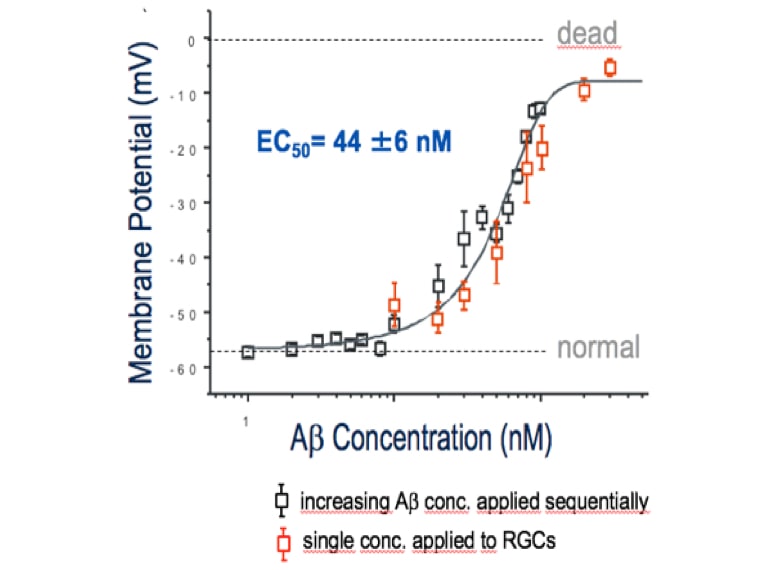 Galimedix is developing unique and novel drugs, which are among the first to address an emerging central target of several neurodegenerative diseases: toxic oligomers of misfolded amyloid beta molecules (toxic Aβ). Toxic Aβ damages neural cells, which leads to activation of the complement cascade, loss of cell function, apoptosis and eventual death. Among the most common conditions where toxic Aβ is a key etiological factor are dry AMD and glaucoma, which are neurodegenerative diseases of the retina in the eye. Our proprietary compound GAL-101 targets a central step in their pathophysiology. GAL-101 has been shown to prevent and remove toxic Aβ, blocking "complement cascade", improve cell function in vitro, and prevent apoptosis and cell death in animal models.

The compound aims to slow or stop neurodegeneration and to improve visual function and is intended to become an early treatment to minimize or slow disease progression. Uniquely, GAL-101 shows a sustained beneficial effect, which is based on the self-propagating clearance of toxic Aβ ("trigger effect").